I’ve failed over and over, and that is why I succeed – Michel Jordan 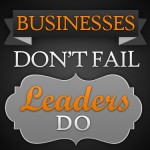 Hello, after going a while without writing something new, today I want to share with you something I read lately. It applies very well for much of my situation in real life/work. I want to share it with you and get your feedback and comments about this.

In the book  “Leadership and the Art of Struggle” by Steven Snyder, he identified 6 scripts or ways that leaders struggle at one time or another. According to his experience and information, leaders normally fail in one or a few of them. He also remarked that the idea is not to avoid them; it is to work hard to detect them asap. That is the big challenge as a leader.

According to the book, here is the list of scripts:

Proactive Reinvention Script: Leaders recognize that strategies that may have worked before are no longer effective. The context and (or) situations are different. Reinvention is required in order to forge new strategies that are more adaptive to the current scenarios.

Stumble, Recover, and Learn Script: After making mistakes due to inexperience, leaders following this script recognize the errors and take appropriate corrective actions.

Burnout Script: Passionate leaders can build and affront situations ahead, but sometimes, the passion does not meet the situation with clarity. As the burnout script progresses, they encounter stakeholders who do not share their passion or their vision. Too often relationships are soured and enemies are made. They start to blame each other and block the chance to embrace new opportunities/ideas. In the end, they find themselves trapped in situations in which they have little control over. This script played out for Steve Job during his first tenure at Apple.

Transcending Constrains Script: Here, leaders initially see tremendous obstacles ahead, but feel incapable of surmounting them due to external constraints. They are able to re-imagine the situation, revealing strategies and options that had previously escaped their awareness.

Mission Impossible Script: At first, this script feels similar to “transcending constraints script”. The different is, no matter what leaders try to do or create, every road to resolution comes to a dead end. They are forced to accept that there is no way to realize their vision and aspirations.

Confronting Failure Script: Leaders are forced to acknowledge that things didn’t work out according to their plans and expectations. In a word, they have failed. The struggle is in trying to find ways to remain resilient as they are picking themselves up, dusting themselves off, and moving on while still learning from the experience.

I found it very helpful to improve our awareness as a leader and become positive in every single situation. In my case, I did a simple exercise, I compared the first time I dropped in the “Burnout Script” with the last time I dropped in the same script. I am able to see a big improvement, things that I was unable to see previously; today I am able to detect them in few weeks.

To be more concrete, the first time I remember one situation where I dropped in the “Burnout Script”, the situation finished with a broken relationship after months of “bad” behaviors. The last one, one month ago (yes, it was only one month ago), I detected again the same script, but it took me only 2 weeks to realize this situation and switch very fast to “Confronting Failure Script” without any broken relationship and with a very low cost. It allowed me to recover from my situation and to continue my path as a leader without any damage.

And the last one as an example, as I said when I started, the idea is not avoid these scripts, the idea is recognize that we are humans and vulnerable, so we can drop at any moment into any script. In the end, the challenge is to detect them asap and work hard to get out of a destructive and negative mindset.

What about you? Did you detect any of these scripts lately? Are you working to improve the time of detection?