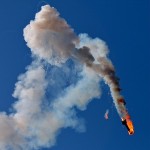 What I will try to do today is explain how to screw-up a new and very promising job (at least, it was my first impression). If you really do what I did, there is a big probability that you will run into something very similar.

I was finishing one very good and successful contract; looking for the next opportunity. Very quickly, I got an interview to deploy Agile in a start-up company. The company needed a scrum master to start doing Scrum. I have to say that I really enjoyed the first interview. Very good culture and good people.

In the second interview, with marketing people, they started to define the position to be filled as a Project Manager position. Since they wanted to deploy Agile, I did my job and I explained the different roles in an Agile deployment. In my mind, it was the right position for me. It has the right level of challenge and at the right moment in time.

In the third and last interview, one of the people from the company expressed the necessity of an Operation Manager. However, I really didn’t pay a lot of attention to that. It was not something I wanted to listen to.

Yeah…I got the job…

A few weeks later I started the job. The first week; it was a little bit hard but nothing I was not expecting. A few weeks more and 3 sprints with the team; the framework was deployed, but the Agile mind-set was not there.

After 2 and a half months; I was still not able to deploy the Agile mind-set. Since it was a start-up, there were not a lot of levels to escalate. At that point and only at that point, I realized that the Agile mind-set was not there and that it would not be there any time soon. “Command and control” was the only thing working there. People were trying to see a completely different role in me (SM, PM, Operation Manager).

As usual at this time, after a 3 month period, we did a check and balance and I put on the table all of the issues I had to deploy the Agile mind-set. Unfortunately, they didn’t like a lot of my comments and my next steps. I didn’t very much like the attitude from their side and the situation was nearing the end. So, they asked me to stay a few more weeks to coach one developer to get the SM role (not a real SM, but in so far, it was what they wanted as SM) and get one person playing the role of PM (again, he was not a real PM, but they wanted it like that).

And I got my last check also…

After about 5 months, I got my last meeting and left the company. It was the first time that I ever felt happy about leaving a company. They never filled my position again, so I guess, they listened to me a little bit. I always say that if something is not working it is 50% my fault and 50% the fault of others.  I really learned a lot and I accepted my 50% of the fault.

What did I learn from this?

It is not easy to do; I know that; however, what I learned with this experience, I don’t want to repeat again. And you? Have you ever screwed-up something?  Did you feel like you screwed it up?